Ignatius of Loyola (original name Inigo), born in 1491, was the youngest of eleven children of a Basque nobleman and was destined to become a soldier. During a battle against the French he was wounded at the siege of Pamplona in 1521. His broken leg was badly set and, very conscious of his appearance, insisted that it be broken again and re-set. However, the surgery was not well done and Ignatius was left with a limp for the rest of his life. During his long period of convalescence he was not able to get the knightly romances he craved and had to settle for a life of Christ and stories of saints, the only books available in the family castle. However, these books had a deep effect on him and the heroism he now dreamed of was that of saints like Francis of Assisi and Dominic. He pledged his loyalty to the Mother of God by visiting her shrine at the Benedictine monastery of Montserrat in Catalonia and then began a year of prayer and penance in the cave at Manresa not far away. Here he experienced both desolation and consolation and began to learn the causes for each. This led to the compiling his classic, the Spiritual Exercises. In 1523 he fulfilled a dream by making a pilgrimage to Jerusalem, begging his way like many before him. However, the Franciscans there persuaded him to give up his intention of converting Muslims and he returned to Spain without a clear plan of what to do next. 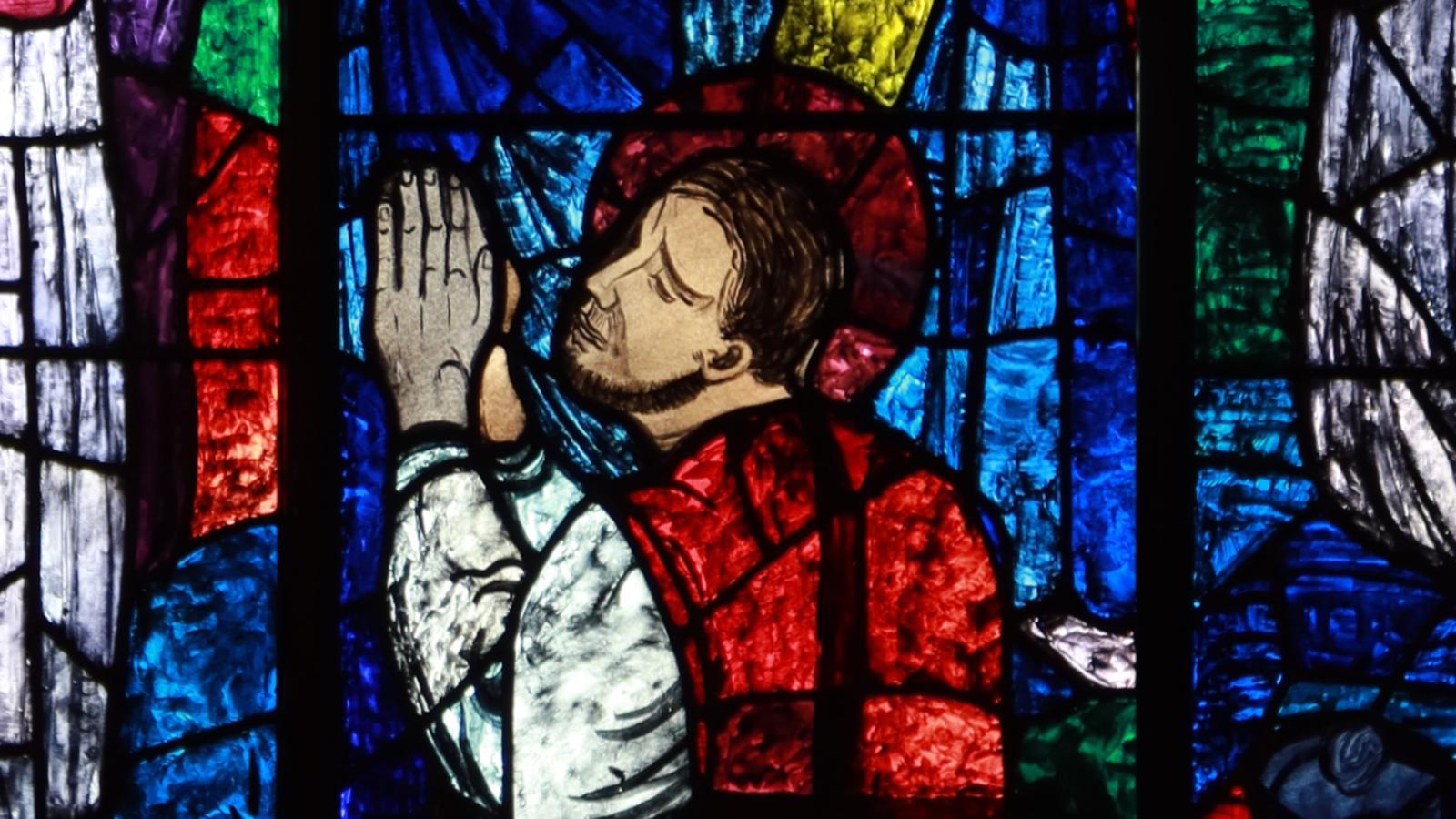 He decided that he needed to do some studies if he was to be an effective evangeliser. He began, at the age of 30, by sitting down with schoolboys to learn Latin. He went on to Barcelona, Alcala, Salamanca and finally to the University of Paris. In Paris he studied philosophy for three years and graduated in 1534 as a master of arts. All this time he led a life of austerity and, though still a layman, gave spiritual direction, especially to women. In Spain he spent some time in prison, suspected of heresy.

As a student in Paris he gathered six disciples, to whom he gave the Spiritual Exercises. They then made vows of poverty, chastity and obedience at the Chapel of St Denis in Montmartre, promising to serve the Church either by preaching the Gospel in the Holy Land or else at the exclusive service of the pope. In 1537 they met in Venice but were unable to continue on to the Holy Land so they went on to Rome to ask the pope to recognise them as a religious community. They were now all priests and had made an extra vow of special obedience to the pope. Their main priorities were the education of the young and going on missionary enterprises. They also were the first religious congregation to drop the communal recitation of the Divine Office so as to increase their freedom and mobility for apostolic works. In 1540 the new congregation, with the name Society of Jesus, got papal approval. Ignatius was unanimously, though against his will, elected as the first General and would hold the post for the rest of his life. He would also remain in Rome from where he directed the works of the Society. Other works he personally was involved in were houses for converted Jews and shelters for prostitutes. Given that so many members were scattered to so many places and often working on their own, obedience to the aims of the Society became very important for maintaining unity. It also explains the long letters which members on the missions regularly sent back to Rome to report on what they were doing. Among the most famous of these were the letter of St Francis Xavier and of the missionaries working in China and North America.

A tighter organisation was also called for because of the crisis situation caused in Europe by the Reformation. Peter Canisius was one of the leaders of the Counter-Reformation as were the many schools started by the Society. In missionary work, Francis Xavier was the pioneer with an astonishing career. He was followed by missionaries in India, China, Ethiopia, Latin America and North America. Spiritual direction, which was to complete rather than replace the work of parish priests, was undertaken by the Society. Ignatius, who had been plagued by chronic stomach problems due to the austere excesses in his younger years, died suddenly on 31 July 1556. By then the Jesuits numbered over 1,000 members in nine European provinces, besides those working in foreign missions.

He was canonized with Francis Xavier on 12 March 1622 and declared Patron of Spiritual Exercises and Retreats by Pope Pius XI.