Claude la Colombière, third child of the notary Bertrand La Colombière and Margaret Coindat, was born on 2 February 1641 at Saint-Symphorien-d’Ozon, in the Dauphine, southeastern France, between Lyons and Vienne, in 1641. He entered the Society of Jesus (Jesuits) at Avignon in 1659.  His motives for this choice are not known but he did confess later that he “had a terrible aversion for the life embraced”. This was not surprising for he was known to be very close to his family and friends and much inclined to the arts and literature and an active social life. On the other hand, he was not a person to be led primarily by his feelings. In 1666 he went to the College of Clermont in Paris for his theological studies. Already noted for his tact, poise and dedication to the humanities, he was assigned the additional responsibility of tutoring the children of Louis XIV’s Minister of Finance, Jean Baptiste Colbert. 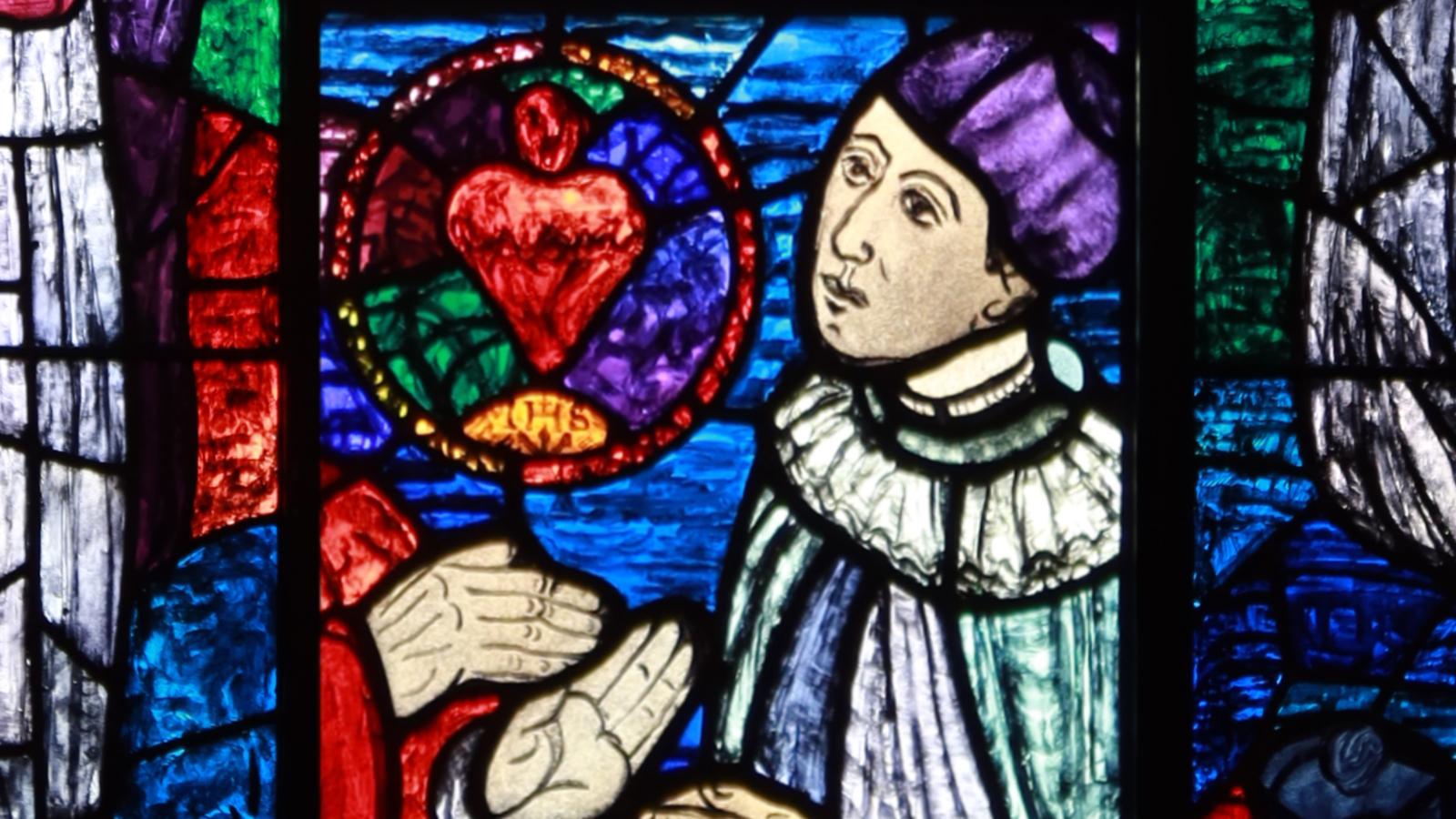 The year 1674, the year of his Tertianship, the final phase of his Jesuit training, was a decisive one for Claude. He took a vow to observe all the constitutions and rules of the Society of Jesus under pain of sin. This was not to focus on the observance of minutiae but rather to live out the ideal of an apostle as laid down by St Ignatius, the Founder of the Society. It became his programme of holiness. On 2 February 1675 he made the solemn profession of his final vows and was immediately made rector of the Jesuit College at Paray-le-Monial. Some wondered at the assignment of such a promising talent to such an out of the way place. It seems it was because of the presence in the local Visitation convent of an unpretentious nun, Sister Margaret Mary Alacoque. She had been the recipient of visions of Jesus’ Heart but was plagued by anguish and uncertainty. She was waiting for the Lord to send her a “faithful servant and perfect friend” to help her carry out her mission: of revealing to the world the unfathomable riches of Christ’s love. Margaret Mary at once opened her inner experiences to Claude and he assured her that he accepted them as being genuine. He told her to put them in writing and promised her every support in the mission she was being given. In Claude’s own written reflections it is clear that, even before becoming Margaret Mary’s confessor, Claude’s vowed faithfulness to the directives of St. Ignatius Loyola in the Spiritual Exercises, especially the “Contemplation for Obtaining Love”, had brought him to understand the Heart of Christ as symbol of his love.

Claude had only been a year and half in Paray, when in 1676 he was transferred to London. He had been appointed preacher to the Duchess of York, the Duke’s second wife, Mary of Modena, who was a Catholic and would later be queen. It was a difficult and delicate assignment in a predominantly Protestant England. He took up residence in St. James Palace. Even in the Court Claude lived the life of a religious. In addition to preaching sermons, he gave constant spiritual direction and reconciled many lapsed Catholics back into their Church. It was dangerous but consoling work. And, in spite of difficulties, he was able to continue directing Margaret Mary by letter. However, the heavy workload and the adverse climate brought on serious lung problems and he planned to return to France. Then, without warning, at the end of 1678, he was accused of being involved in the Titus Oates plot to blow up the Houses of Parliament and spent three weeks jailed in difficult conditions. Thanks to his title of preacher to the Duchess of York and the protection of Louis XIV, whose subject he was, he escaped death but was expelled from England in 1679. This experience further weakened his health.

The last two years of his life were spent at Lyons where he was spiritual director to young Jesuits, and at Paray-le-Monial, to which he returned in the summer of 1681. On 15 February 1682, the first Sunday of Lent, Claude suffered the severe haemorrhage which ended his life. His principal works, including Pious Reflections, Meditations on the Passion, Retreat and Spiritual Letters, were published under the title, Oeuvres du R. P. Claude de la Colombière (Avignon, 1832; Paris, 1864). His relics are preserved in the convent of the Visitation Sisters nuns at Paray-le-Monial.