The Manresa labyrinth is an outdoor 'turf labyrinth' deriving from a pattern known in Ireland since the twelfth century, when it was inscribed on the base of Saint Patrick's Cross in Cashel. Popularised by its later use Chartres Cathedral, France, this eleven-circuit labyrinth is offered to engage the walker in a meditation in movement.

...the experience of walking on the dew-dappled grass in the morning or among swooping swallows in the evening enhances a time-honoured practice.

The pattern is first recorded in the Liber Floridus of Lambert of Saint-Omer (written between 1060 and 1123). It is one of many continental influences on the Rock of Cashel, where Cormac's Chapel was built as a royal chapel for Cormac McCarthy, king of Munster, between 1127 and 1134. 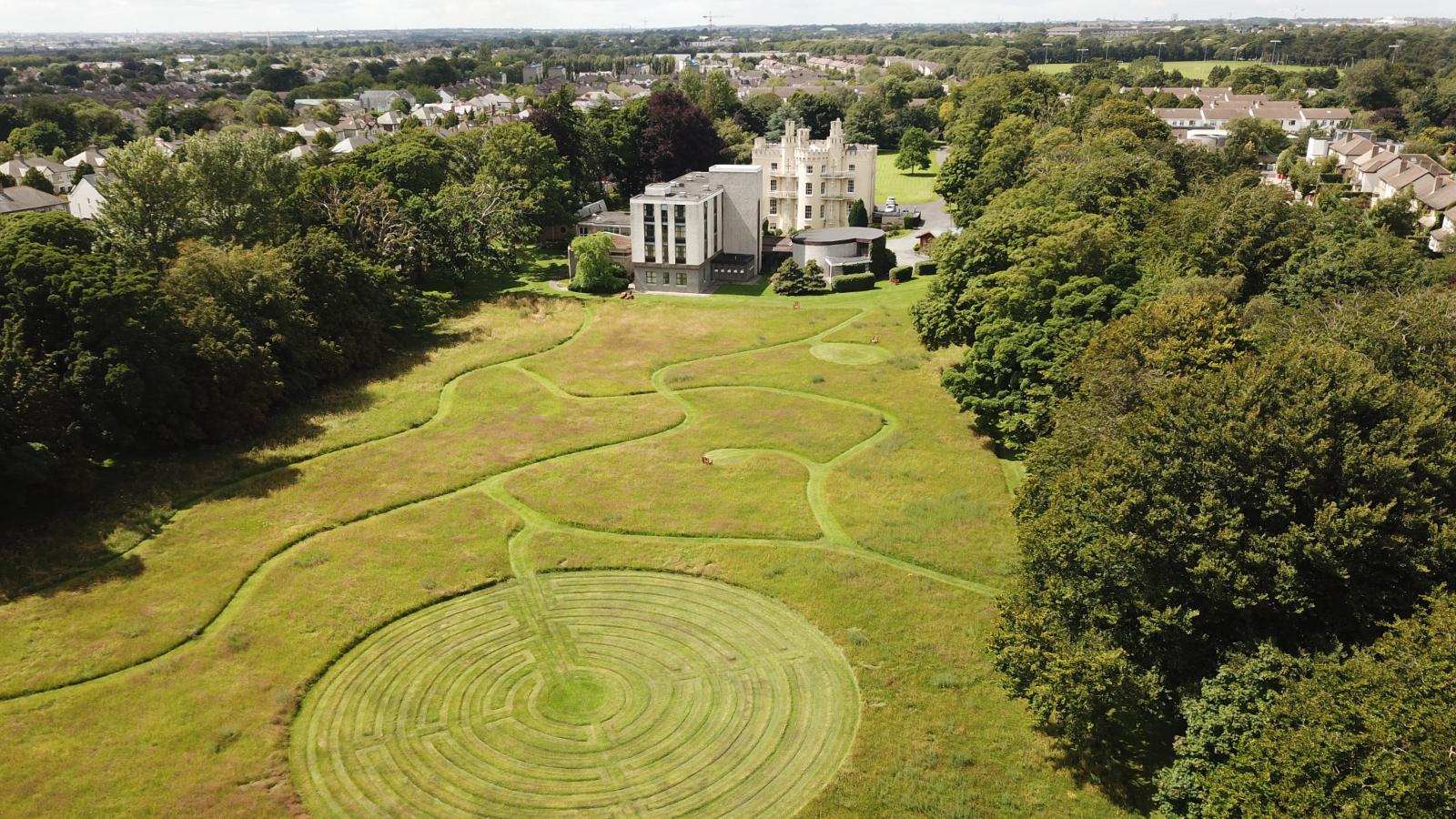 The later use of this pattern in Chartres saw it developed to some 12 metres in diameter and laid in the floor of the cathedral's nave, a horizontal reflection of the great rose window that dominates the cathedral's façade.

While we cannot be certain about exactly how the labyrinth was originally used, it can be seen as an invitation to walk on the pilgrim path in a similar way as the stations of the cross invite a person to make an internal pilgrimage when they are unable to travel to a faraway place.

Each Person a Pilgrim

Chartres was itself a place of pilgrimage in the medieval world, allowing those who couldn’t travel to Jerusalem to mark their devotion in engaging and meaningful ways. Ignatius of Loyola describes himself as a pilgrim throughout his autobiography, describing in it his journeys around Europe and – most preciously to him – to the Holy Land. We do not know if Ignatius ever walked labyrinths or saw them as “ways to Jerusalem”, but it is very clear that he was always keen to seek out places of prayer and pilgrimage and had great reverence for churches and sacred objects.

Manresa’s labyrinth is offered as a “spiritual tool”, presenting, as it does, an opportunity to the person on retreat to walk quietly and reflectively on the beautifully situated kilometre-long path. For some, setting foot of the labyrinth is itself a challenge to trust a path laid out by others; they learn that the labyrinth is not a maze in which one might get lost; is not intended to confuse or to confound but will lead the walker in and out. Each person, although following a common path, may notice their own reactions and to pay attention to the movements of their spirit. Those who accompany others on retreats in Manresa frequently hear of insights arrived at on labyrinth journeys. 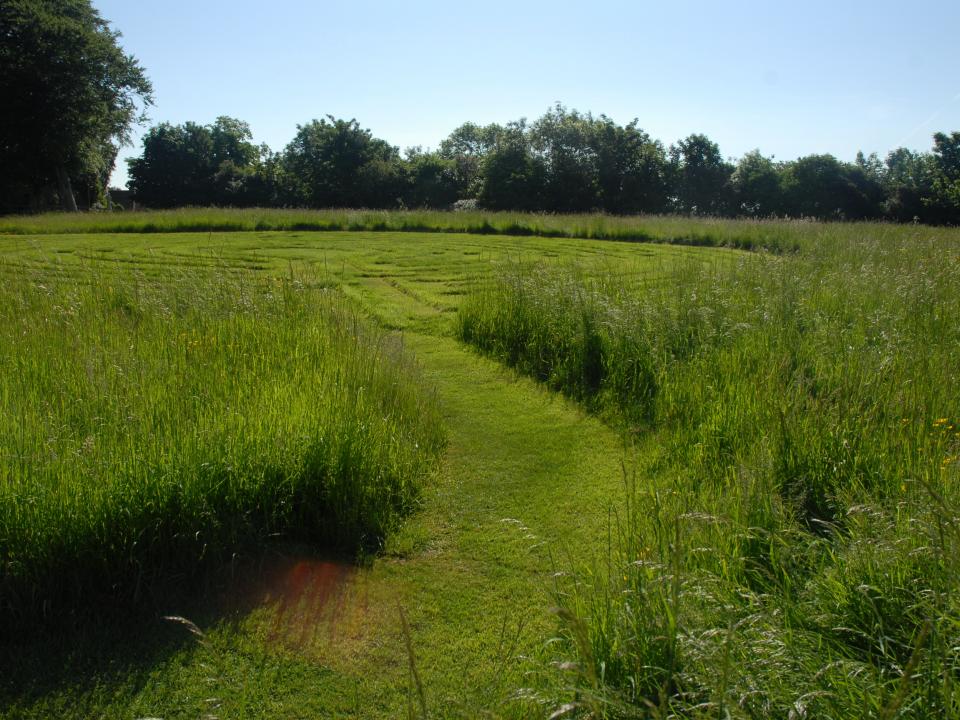 Trained labyrinth facilitators are happy to help groups and individuals to prepare for, experience and reflect on their walking of the labyrinth. Short introductions are often included in retreats. If you would like to organise a labyrinth experience for your group, please get in touch with us.

The three stages of labyrinth walking – going in, arriving at the centre, and walking out – are popularly associated with what Teresa of Avila described as a ‘Threefold Path’: to go within, to receive, and to go back out into the world.

The first stage of walking expresses the desire to let go, to leave behind whatever it is might hinder or hold us back. We bring to consciousness an aspect of life that seems in need of resolution or ease. This aspect may be referred to as concerning release or purgation.

The invitation of the centre is simply to be present and graciously to receive what seems offered by the experience of walking and arriving.

Leaving the labyrinth on the return journey is to set oneself on a path of union; it is an opportunity to reflect on how you are seeking to embrace new insights, perhaps to consider how you are called to a more integrated, mindful way of being. 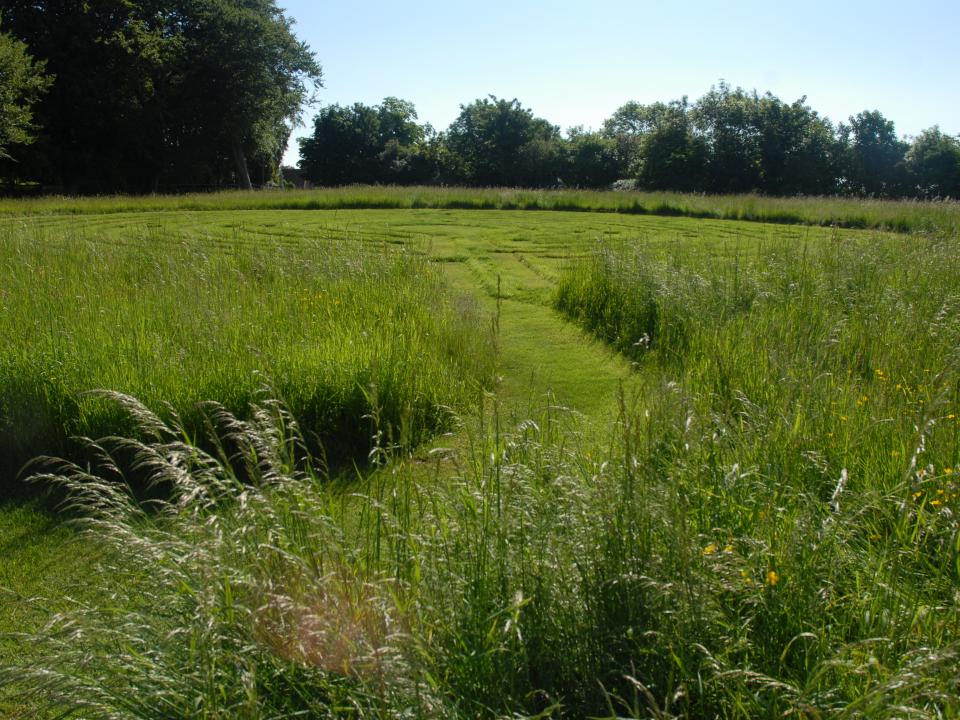 The labyrinth is ordinarily available to anyone on retreat in Manresa.

Ask about using the Labyrinth

The mown grass Labyrinth at Manresa was installed in 2013 by Tony Christie (labyrinthireland.com) assisted by Manresa’s Joe Crawley. Joe oversaw the development of a second labyrinth in 2015, siting it further away from the building’s evening shadow. This meant that Manresa had, for a time, two labyrinths although the original one has by now been absorbed back into the wild meadow. The setting and scale of the labyrinth have made it a valuable part of retreats in Manresa; the experience of walking on the dew-dappled grass in the morning or among swooping swallows in the evening enhances the time-honoured practice. 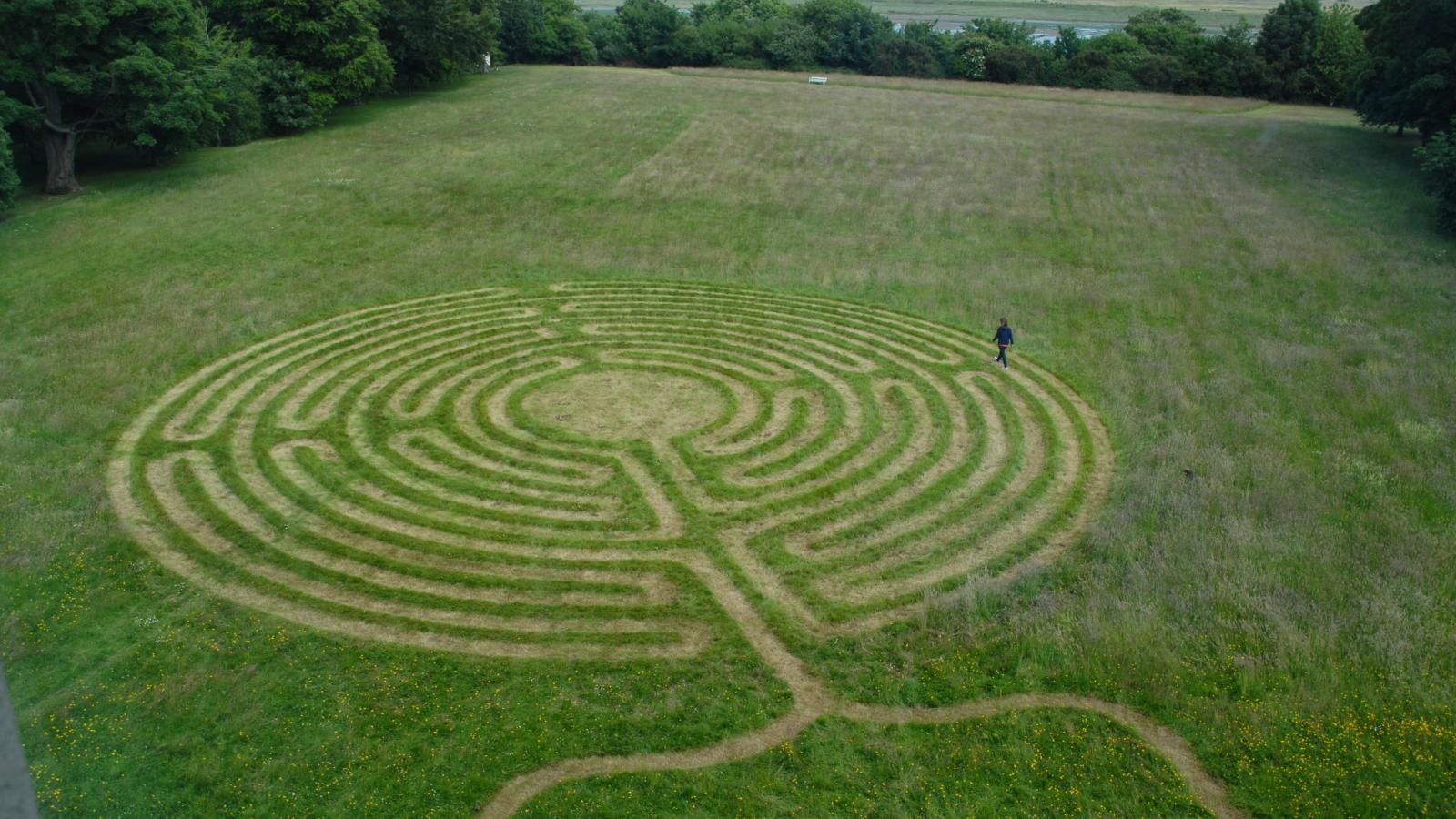