Often used as a private house, the castle has been a school three times (1834-1838 Baymount House School; 1847-1862 St Mary’s Abbey of Loreto; 1904-1946 Baymount School). The Jesuits have been the longest occupants of the property in its recorded history.

George Vernon of Clontarf Castle granted the first lease on the property, ‘Granby Hill’ in1763. The name Granby Hill probably derives from John Manners, Marquess of Granby (1721-1770), related by marriage to Vernon. Henry Meredyth, Deputy Auditor General, lived at Granby Hill for about eleven years. Described as a “handsome castellated suburban house”, it faced away from Dublin Bay, its avenue running inland, as there was no road by the sea at that time.

Granby Hill was acquired for £100 in 1755, becoming the Dublin residence of James Trail, Church of Ireland Bishop of Down and Connor. Bishop Trail engaged with the Jesuits of his time, preaching and publishing a pamphlet in 1767 on the occasion of the death of Richard Archbold, a former Jesuit who had conformed to the Church of Ireland. 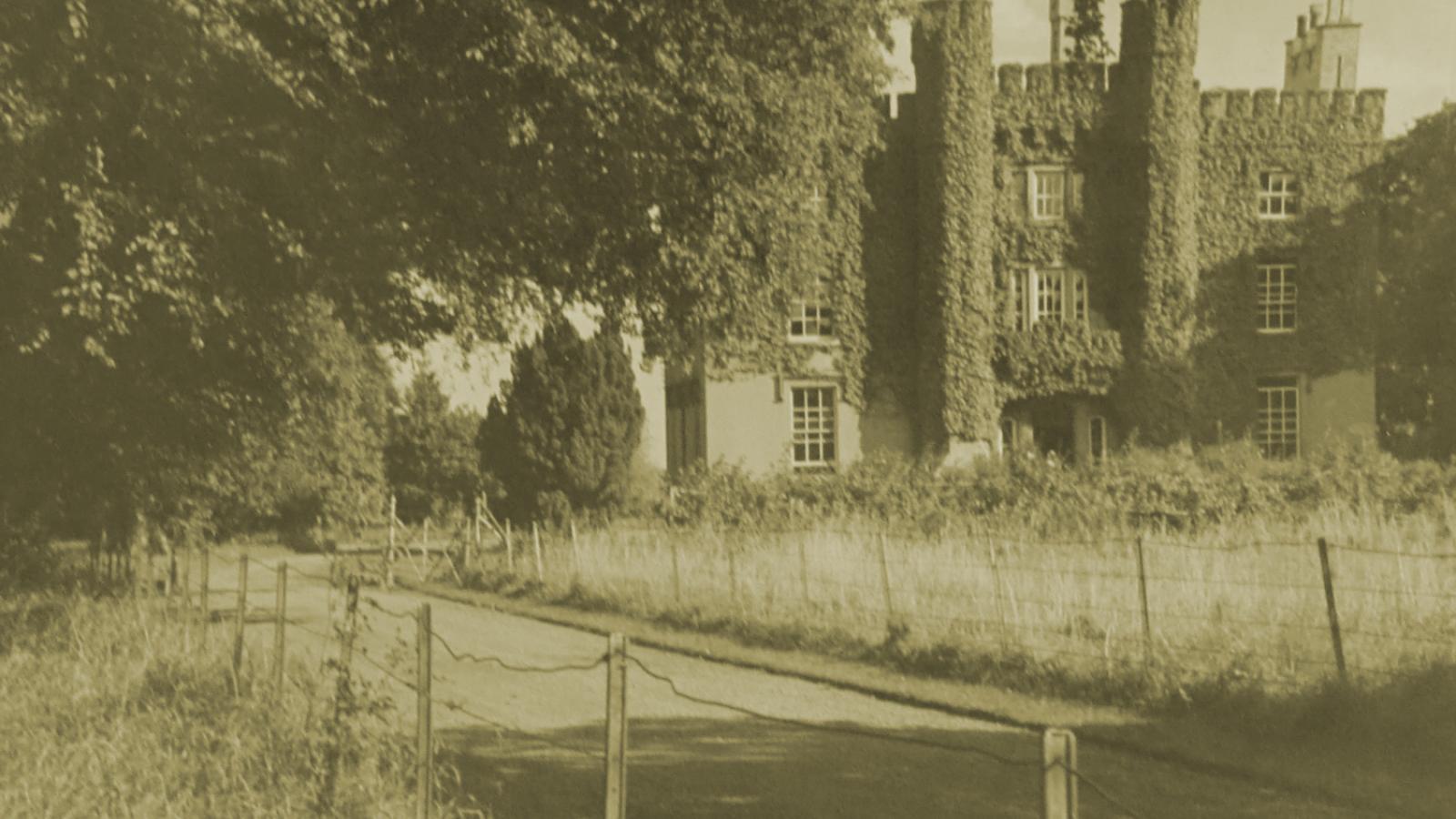 The castle was sold to Samuel Garner, a merchant and pin maker, on the death of Dr Trail and changed hands a few years later when it was acquired by Nicholas Evans in 1788. It was during this period that the building came to be referred to as Baymount Castle. The building was renovated in 1838 by Robert Warren - the date evident on the front of the building.

Baymount Castle was purchased by M. Teresa Ball in 1847 for £4,000 for use as a convent and school. Some pupils were transferred from Rathfarnham Abbey to benefit from the sea baths  - a swimming pool on the shore was filled at high tide. Having been gutted by fire in 1851, extensive renovation allowed the sisters and pupils to return in 1851 but by 1862, the foundation was transferred to Balbriggan and the house was again sold. 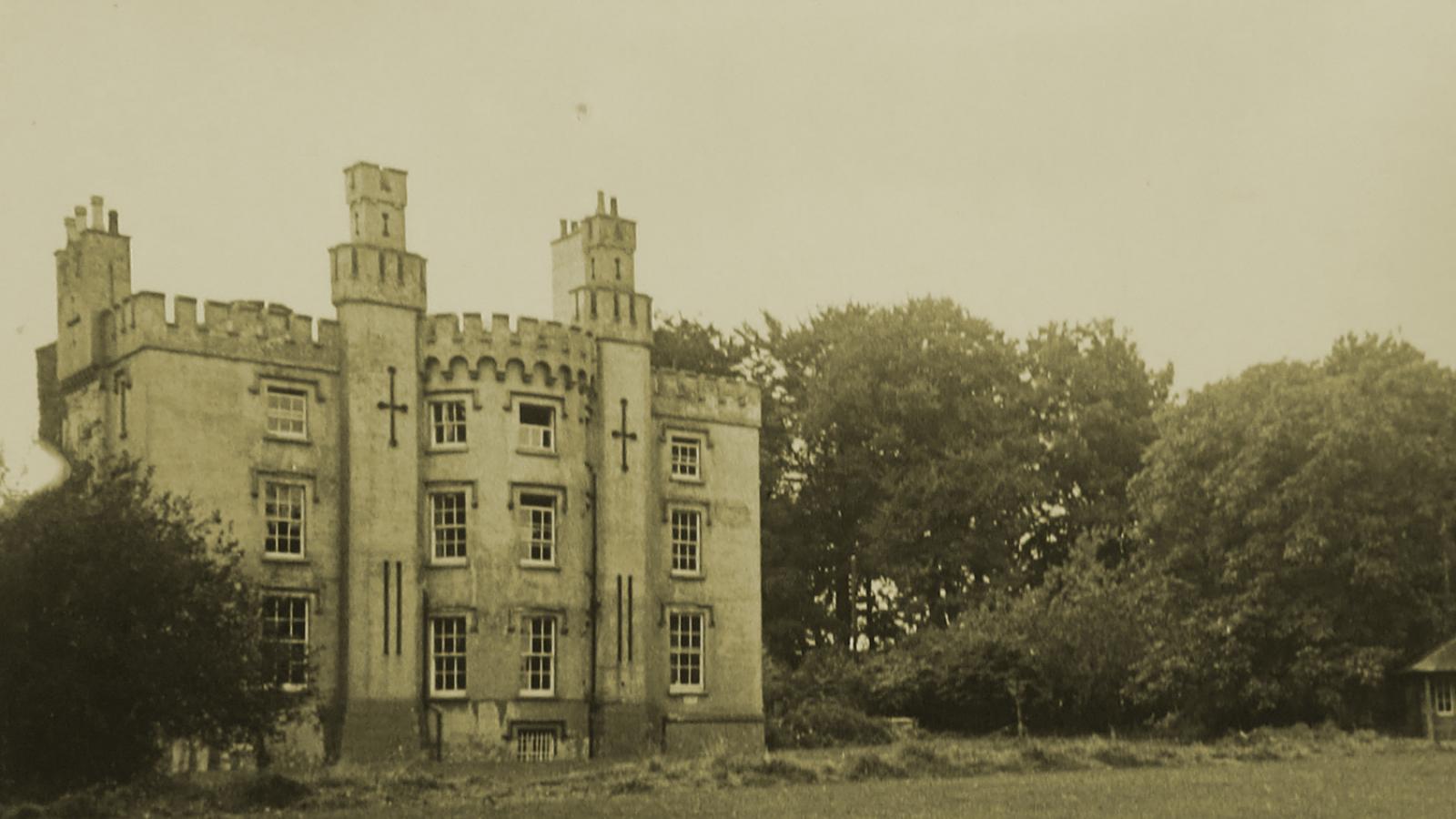 In 1898, the castle was sold to Lord Ardilaun, a member of the Guinness family and owner of the adjoining St. Anne’s estate and changed hands a number of times.

About the beginning of the First World War it again became an educational establishment, when William Lucas Scott opened a preparatory school for Protestant boys in the building. Its playing fields were in what is now Baymount Park, next door. The school closed in 1936, and the house was acquired by John Tudor Gwynn, of the noted literary family, whose cousin was the Jesuit historian, Aubrey Gwynn SJ. 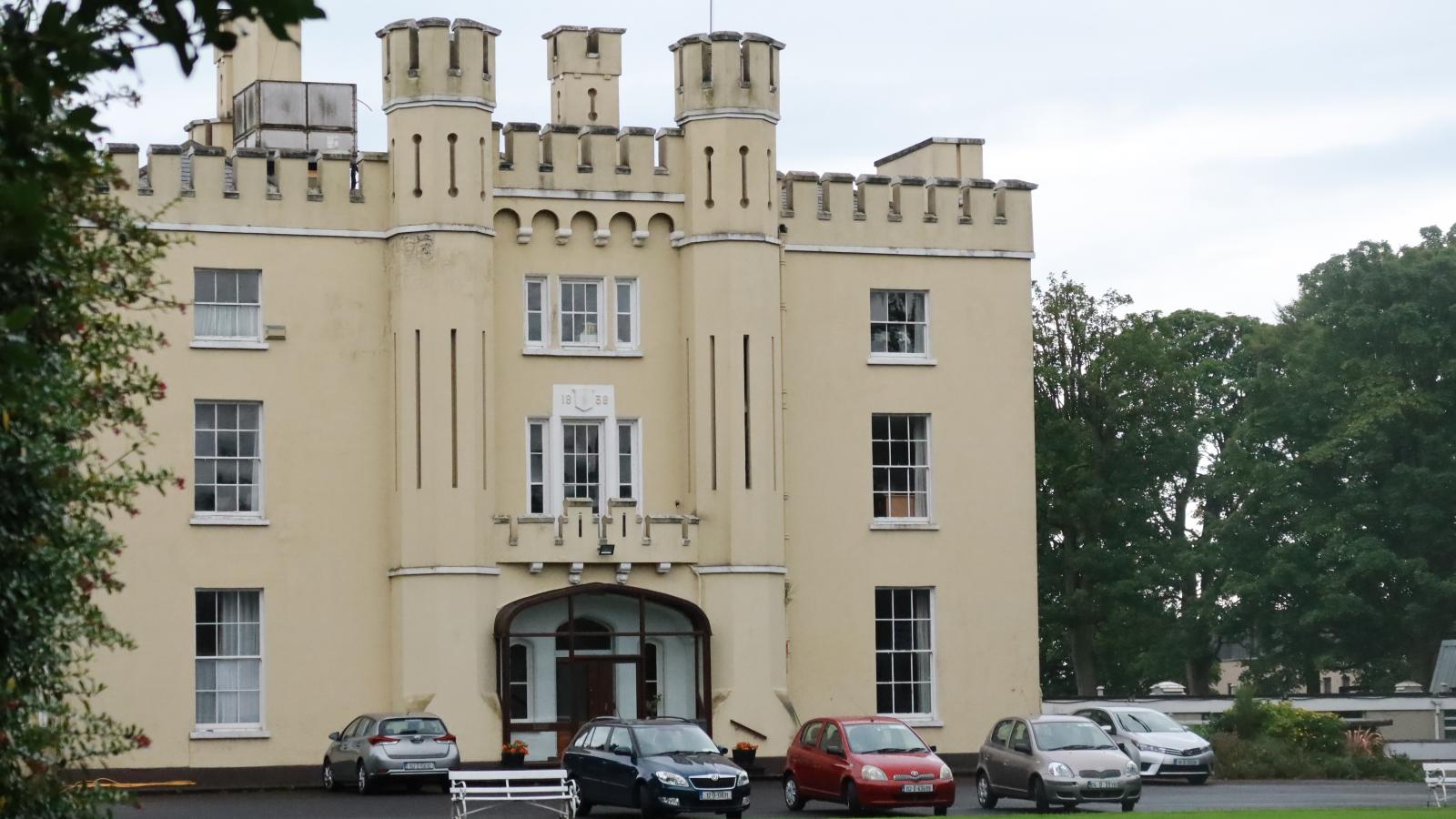 In 1948 Fr Gwynn alerted the Jesuit Provincial to the fact that his cousin was putting Baymount Castle on the market, and, with its seventeen acres, was bought by the Jesuit Province, in order to establish a north-side retreat house to complement those at Rathfarnham Castle and Milltown Park on the south-side of Dublin. It then acquired its present name (recalling Manresa in Spain where St Ignatius underwent the experiences out of which the Spiritual Exercises were composed).

Retreats begain in 1949 and accommodation was offered in the castle building and in the outbuildings. By the 1960’s, the need for a new retreat house building was evident, with the current block was built. The four-storey building and it’s adjacent circular chapel in the International Modern Style were designed by Andrew Devane of Robinson Keefe and Devane Architects.

The 1969 Jesuit Year Book recorded that Fr Donal Mulcahy was Superior and Director of Retreats and noted that, “Since 1949 enclosed retreats are conducted at Manresa House, at weekends for men and at mid-week for students and youth. In the present modern Retreat House, completed in September 1967, with 42 single rooms and circular liturgical chapel, weekend retreats are held from Saturday evening to Monday morning, or from Friday evening to Sunday morning; and mid-week retreats usually from Tuesday to Friday or for any period requested.”

As much of the castle serves as accommodation for the Jesuit community, it is not available for public visits.